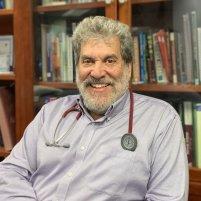 Autoimmune disorders encompass more than 100 different conditions, most with generic symptoms that are hard to diagnose. At HealthFirst, Jonathan W. Singer, DO, has extensive experience thoroughly evaluating your symptoms and running extensive tests to accurately identify more than the name of your illness. Dr. Singer also determines the true source of the problem and provides natural therapies to restore your health and wellness. If you feel fatigued or have nagging joint and muscle pain, call one of the offices in Greenwood Village, Colorado, and Cheyenne, Wyoming, or schedule an appointment online.

What is an autoimmune illness?

Your immune system protects your body and keeps it healthy by identifying and eliminating bacteria, viruses, and other dangerous substances.

What are the most common autoimmune illnesses?

Autoimmune illnesses can affect every organ and system in your body. While these illnesses occur in men, women have a much higher risk. About 75% of all patients diagnosed with an autoimmune disease are women.

You may know some of the most common autoimmune illnesses:

Though autoimmune illnesses are known to run in families, you may not develop the same illness as another family member. Even if several family members have an autoimmune disease, each of them could have a different illness.

What symptoms develop due to autoimmune illness?

As a group, the illnesses caused by autoimmune disorders share symptoms such as:

On average, patients spend three years and visit four doctors in their quest to get an accurate diagnosis.

How do you diagnose and treat autoimmune illnesses?

Dr. Singer uses extensive testing to identify the root cause of your immune system imbalance, then he corrects the problem using natural therapies.

The most common causes of autoimmune illnesses include heavy metal toxicity, hormone imbalances, nutritional deficiencies, or any combination of the three.

Traditional medicine doesn’t have a great record of success when it comes to treating autoimmune illnesses because medical doctors generally treat symptoms.

By comparison, Dr. Singer addresses and heals the underlying problem rather than simply prescribing drug therapies.

If you have symptoms of an autoimmune illness, call HealthFirst or schedule an appointment online.